Ten years ago at the blog... 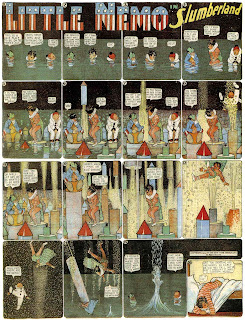 The good people at Marketplace have a sharp Independence Day spin on a big ongoing story.


Jeffrey Williamson: In 1774, the top 1 percent of households got 9.3 percent of income.

Compare that to America today, when the top 1 percent is bringing in about 20 percent of income. Nine percent, versus 20 percent. Wow.

Even when you include slaves, Williamson says America was actually the most egalitarian country in the world when it came to the difference between rich and poor.

So what did the founding fathers have to say about that? I called up a guy who should know.

Clay Jenkinson: Hello my dear citizens, this is Thomas Jefferson.

Actually it's Clay Jenkinson, a historian and Jefferson impersonator. And he says the writer of the famous phrase -- "All men are created equal" -- thought a lot about income inequality. In a letter to a friend describng the 13 colonies, he wrote "The great mass of our population consists of laborers. The rich, being few and of moderate wealth..."

Jenkinson (Quoting Jefferson): Can any condition of society be more desireable?

I realize that we shouldn't treat the writings of the Founding Fathers as sacred text but you know, they had their moments...
Posted by Mark at 8:00 AM