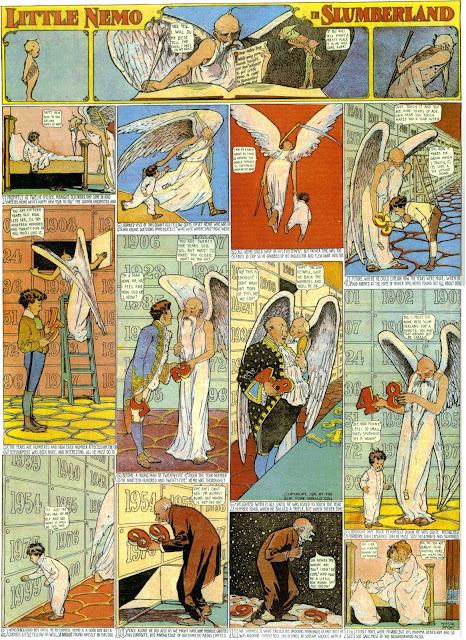 A worked example of housing costs

This is Joseph.
I want to give an example of how poorly housing policy works in Canada right now. This report lists some affordability measures for Canadian cities. For example, Vancouver requires 459 months to save a down payment, mortgage payments are 127% of income, and the income to own a house is $348K. Winnipeg is 31 months to save the down payment, mortgage payments of 35% of income, and an income of $100K to own a house (representative house if $416K). Toronto (income of $274K) and Montreal (income of $143K) are clearly less affordable major cities.
Now these numbers are a bit higher then what we see on other sites, probably because of the inclusion of condos. Now go back to 1982 and the average house (with condos much less in fashion) was $54K (which is $147K in 2022 dollars.
Now, just to be clear, that is a 2.8-fold increase in real cost of housing.
Winnipeg is a very cold city. The coldest major city in Canada. Median household income in Winnipeg is fairly average ($71K) versus Toronto ($78K) or Calgary ($100K). It has some good features and a very nice university but this is not a great foundation to drive house prices.
In 2015 there were at least 1400 people experiencing homelessness at the start of a winter in a city where cold clearly kills. By 2022 things had really not improved.
But it is also the case that rising house prices are taking away opportunity in the city. Here is also where the different levels of government are misaligned. There is a brisk immigration program in Canada. Canada now how the highest percentage of immigrants as a percentage of the population, ever, and the number of international students has increased sixfold since 2000. I think that the immigrants are a good thing. But they do need places to live and huge explosions in number of people in Canada (25.1 M to 38.5M is a 53% increase in population over the same 40 year period).
So at least part of the problem is constrained supply:

The average number of housing units per 1,000 residents is 471 across G7 countries. In Canada it is 424 housing units per 1,000 residents. Putting that in perspective, Perrault notes that it would take an additional 1.8 million homes in Canada to achieve the G7 average. Canada has averaged a mere 188 thousand home completions in the last 10 years.

There are other possible issues (asset inflation) but the example of Winnipeg is showing a sea change in affordability over the past 40 years.  Making it worse, this asset appreciation is a big part of the wealth of middle class families in Canada and solving this problem would create a huge set of new problems like low savings and underwater mortgages.

It is a messy problem all around.

Posted by Joseph at 5:30 AM No comments:

And it's not like things weren't eventful before. Tesla stock hit an all time high a little over a year ago (>$400). Since then it's been a rough ride. Unless, of course, you just happened to sell at the peak.

BREAKING: $TSLA insiders bought stock (🟢 in chart) at least 10 times in the last 5 years! Awesome confidence in the company.

Anyone know what the 🔴 means? pic.twitter.com/FFwzm9GUw0


When you were able to dump $40B of Tesla stock on naive retail investors before Tesla shares tanked: pic.twitter.com/n4YloqFMZu

Last week was particularly bad and there was reason to expect things to be worse when the markets opened after the long holiday weekend.

If Tesla didn’t have serious demand problems, shutting this plant down would be unthinkable. The timing for this is like Santa leaving every Tesla shareholder a musty lump of coal.

If you read my column, you would know that @elonmusk’s massive Tesla China bet was going to turn against him months ago. Just saying. https://t.co/sGod4v2Sa9

You didn't have to be a business genius to see this was a dangerous time. Anyone this side of moron could see the importance of not saying anything stupid.

While the markets have been closed, two major stories about Tesla have broken.

A. Tesla is shutting down factories because demand is plummeting.
B. Musk praised a truly insane Russian propaganda tweet, predicting the fall of the west

How low will this go today? pic.twitter.com/xPJGgc1ReR


TFW someone reminds you that the markets reopen tomorrow. pic.twitter.com/4ZngsJg99m

Medvedev's prediction of Western collapse and American civil war may have been partially tongue-in-cheek (it's so difficult to tell these days) and Musk's response might possibly have been in the same spirit, but if you're the CEO of a teetering company and you make an easily misinterpreted joke, it is best to:

Whatever the reason, yesterday was a really bad day.


This is a historic implosion of wealth. Even corrected for inflation, no one (not even the Match King) has ever lost this much this quickly. There is, however, some good news. In after hours trading, the stock was at 106.69, and there's nothing Elon Musk likes better than a '69' reference. 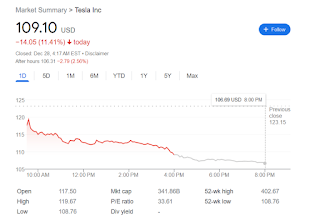 A Bondian Guide to the Economics of Movies

I came across this table from Wikipedia, and it got me thinking about how the Bond franchise provides an excellent case study of the economics of Hollywood over the past sixty years. 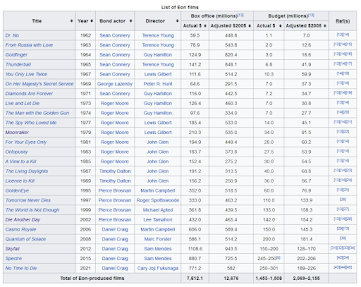 [Note: budgets and box office are corrected to 2005 dollars despite the films going to 2021.]

Both movie budgets and box office are deeply flawed metrics even before you factor in Hollywood accounting, but they they are often pretty much the best we have. Any discussion of motion pictures as a business has to start here and any discussion of cultural impact has to at least take these things into consideration.

One useful way of framing the discussion is to ask, for every dollar put into this film, how many dollars in box office would it bring in? (not the formal accounting definition of ROI, but close enough for our purposes here).

Return on investment is a very poor metric for individual low budget films. When your denominator is that low, it's not that difficult to get a really big number now and then. For that reason we should probably ignore Dr No and possibly From Russia with Love and even Goldfinger. From Thunderball on, however, the Bond films became a big budget franchise given the standards of the time. We can definitely learn something looking at ROI from that point on. (One of the remarkable things about the series is how expensive those first three films look, particularly given the special effects of the day and the fact that even big budget movies still used embarrassing rear screen projection.)

With the exception of Bond which came about a decade earlier, franchises before the blockbuster era (which started in the 1970s) tended to follow patterns of slowly diminishing returns. You would possibly start out with one or two big budget films but sequels as a rule would become more modest. Those that did not simply fade away settled into a low-to-medium budget equilibrium. Of the many reasons you could argue the Bond films invented the modern blockbuster franchise, one is how it introduced the practice of ramping up budgets following successful installments.

On the whole, the budgets for the franchise provide a pretty good example of how Hollywood has approached  major releases with  sharp growth kicking in over the past twenty or so years. In retrospect, the industry looks remarkably well disciplined before 1990. Even the notorious Heaven's Gate which went almost four times over budget only clocks in at slightly under $160 million in 2022 dollars, which would put it squarely in the middle of the pack for a big budget film these days.

While it would take a serious analysis to actually nail this down, it certainly appears that while box office numbers have been spectacular, return on investment for big pictures has been in steady decline for a few decades. That is certainly the case with Bond.