You heard it here first.

If you go back 10 years or so and look at what media and business reporters were saying about the future of television, you'll notice that pretty much everything turned out to be wrong. The future of streaming was supposed to be the single tier, ad-free model of Netflix based on original programming. Basic cable was dying and over the air television was already dead. Outside of the Chicago and to a lesser extent, LA papers, there was virtually no coverage of the industry other than the occasional opinion piece arguing for selling off its share of the spectrum.

Now even Netflix is moving away from the Netflix model, the basic cable show Yellowstone is arguably the biggest thing on television, and over the air television is coming off more than twelve years of steady profitability and growth with channels like MeTV and Bounce beating deep-pocketed competitors and almost all of the majors playing some kind of catch up. Hell, The Wall Street Journal just did a profile of the newly retrocool Svengoolie. 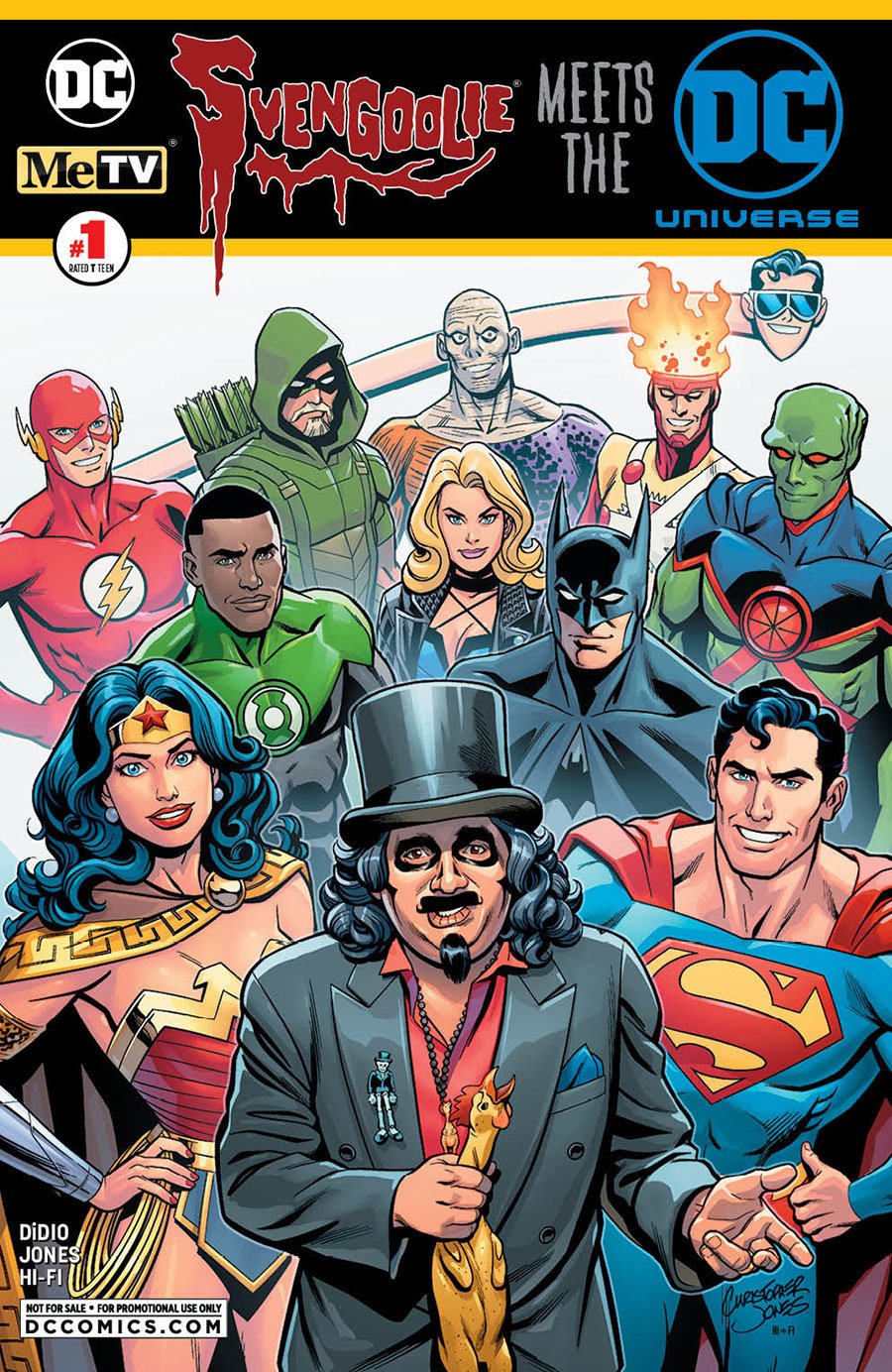 [I should start with the disclaimer that all of the information I have about Weigel comes from two sources: Wikipedia and way too many hours of watching television. It's entirely possible that a competent journalist could discover that the truth here is something entirely different, but if competent journalists were paying attention I wouldn't be writing these posts.]

Though the improvement in picture and sound got most of the attention, another aspect of the transition to terrestrial digital was arguably more important, particularly for broadcasters: under the new technology, each station could broadcast multiple subchannels. The situation was analogous to the TV landscape thirty years earlier when cable and satellite stations were exploding on the scene. It's not surprising that someone would try to create the broadcast equivalent of superstations like TBS. What is surprising is who was able to get a channel up and running before any of the competitors were out of the gate.

The name of the channel was ThisTV. It was produced by a regional broadcasting called Weigel, best known for operating the last independent station in Chicago and being the home of the cult favorite Svengoolie -- last of old time horror hosts. Weigel had a content deal with MGM which was not nearly as impressive as it sounds -- Turner had bought out the classic MGM library years earlier -- but MGM still had a lot of films including the catalog of American International, the studio responsible for virtually every drive in movie you can think of from the late Fifties through the early Seventies.

Access to all those AIP films probably had a lot to do with the unique ThisTV brand. Here's how I summed it up earlier:

Weigel are the people behind ThisTV and the exceptionally good retro station MeTV (more on that later). ThisTV is basically a poor man's TCM. It can't compete with Turner's movie channel in terms of library and budget -- no one can (if my cable company hadn't bumped TCM to a more expensive tier I never would have dropped the service), but it manages to do a lot with limited resources using imagination and personality. As a movie channel, it consistently beats the hell out of AMC.

ThisTV has caught on to the fact that the most interesting films are often on the far ends of the spectrum and has responded with a wonderful mixture of art house and grind house. Among the former, you can see films like Persona, the Music Lovers and Paths of Glory. Among the latter you'll find American International quickies and action pictures with titles like Pray for Death. You can even find films that fit into both categories like Corman's Poe films or Milius' Dillinger.

If I ran a TV station, I would definitely combine Bergman and ninjas. I would not, however, run Mario Bava's feature length pulp magazine cover, Planet of the Vampires from twelve till two. Some of us have to get up in the morning.

This mix was in place from the very beginning. The station officially debuted on November 1, 2008 with Spike Lee's She's Gotta Have It but many stations started carrying it a day earlier to take advantage of a day of cheesy Halloween horror films. It was a formula that made a virtue out of cheapness (rarely seen auteur films and drive-in movies both have the advantage of not costing much) and it produced a format that's been running smoothly with remarkably few adjustments for almost three years.

For a small player to identify a new market, develop a concept, negotiate the necessary deals with a content provider (MGM), line up affiliates, make the countless other arrangements that accompany a major launch and to be up and running with a quality product when the support technology first comes online is an impressive accomplishment. But it gets better.

So far we have a solid business story -- small yet nimble company with some good ideas beats big, well-established competitors into a new market. Not exactly the most original piece of journalism but certainly good enough for the front page of the business section. However the story doesn't stop there. Weigel didn't just beat its big and well-financed competitors; it lapped them. Before the next entrant, Tribune/WGN, was able to get its station, AntennaTV on the air, Weigel managed to launch a second channel, the ambitious classic television station, METV. If this weren't enough, AntennaTV is the only one of the three to look slapped together despite having taken far longer to make it to the air (of course, we have no way of knowing how long it took Tribune to see the opportunity and how long it took them to act on it but either way Weigel looks good by comparison).

To put this in context, at least half of this story takes place after the collapse of '08, a downturn that hit advertiser-based businesses particularly hard. Furthermore, the story occurs in an industry that a large number of lobbyists and at least a few pundits were literally trying to kill. There had even been a New York Times op-ed calling for the government to eliminate over the air television and sell off the spectrum.

One of the great memes of the Great Recession has been that uncertainty paralyzes businesses. Even the possibility of a tax increase or some additional regulation -- both extremely mild by historical standards -- are enough to bring the economy to a standstill, but here's a market filled with unknowns under a credible threat of annihilation and we can still find a company like Weigel moving aggressively to establish dominance of it.

That's the other side of uncertainty. It allows companies to substitute boldness and decisiveness for money and market position and take advantage of opportunities that would otherwise be out of their reach.
Posted by Mark at 8:00 AM