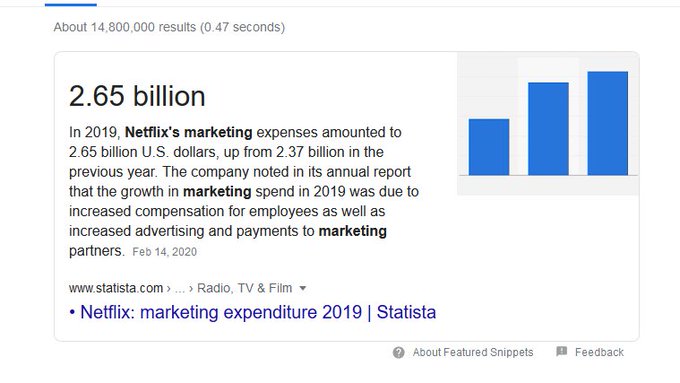 Caveat1 : No disrespect intended for Avatar, a fine show well deserving of all of the accolades.

Caveat2 : As previously mentioned, the obfuscations and press manipulations of Netflix seem a bit quaint in this age of fraud and pump-and-dump schemes.

I hadn't meant to spend so much on Netflix's PR campaign for Avatar, but the company is such a wonderful fount of examples of the hype economy. It is not an entirely left-handed compliment when I say that no one works the press better, which makes reverse engineering their strategies and tactics so interesting.

First a bit of context:


The extended Avatar franchise includes an ongoing comics series, an animated sequel series, a prequel novel series, and a live-action film, as well as an upcoming live-action remake of the show by its original creators to be produced for Netflix. The complete series was released on Blu-ray in June 2018 in honor of the 10th anniversary of its finale, and was made available to stream on Netflix in the United States in May 2020, and on CBS All Access in June 2020.

A fifteen-year-old cartoon is an unlikely contender for most-watched show in America. And yet when “Avatar: The Last Airbender” arrived on Netflix, in May, it rose through the ranks to become the platform’s No. 1 offering, and even now it remains a fixture in the Top Ten for the U.S. The series first ran from 2005 to 2008 on Nickelodeon, and swiftly made a name for itself as a politically resonant, emotionally sophisticated work—one with a sprawling but meticulously plotted mythos that destined the show for cult-classic status. Last summer, after “Game of Thrones” flubbed its finale, fans and critics held up “Avatar” as a counterexample: a fantasy series that knew what it wanted to be from the beginning.


As best I can place it, the show started streaming around mid-May. That means less than two months, perhaps more like one month, elapsed between Netflix adding Avatar to its lineup and the writing of this story.

That is remarkably little time given everything that had to occur. The audience would need time to discover the show. A suitable interval would have to pass in order to have an accurate read on viewership.

Once a network or streaming service knows it has a hit, it takes a while to decide on how best to exploit it. PR firms move rapidly under great pressure, but we’re talking about multi million dollar campaigns of immense complexity. This sort of thing takes time. Strategy has to be decided on. Press releases written. approved, and circulated. Subtle pressure has to be applied to friendly journalists. And, yes, even in 2020 multiple news cycles have to pass.

All of which has to happen before a reporter for the New Yorker can comment on the latest cultural hot thing.

The order of events was different. It is far more probable that Netflix decided they wanted a hit or at least the perception of a hit with Avatar as a way of promoting their live-action reboot. It wouldn’t be that hard of a sell. The show had a large and loyal following and was a long time critics’ favorite.Under these conditions if you push the hell out of the show and keep a heavy thumb on the recommendation engines, something that can be spun as a hit is a pretty good bet.

The rising through the ranks Barasch describes appears to have taken around 48 hours since it took less than a week from the time the show dropped for a wave of Avatar-is-#1 stories to hit.

The response of search and social media was even more rapid, which actually started trending upward two weeks before the show became available (coincidentally the same pattern you'd see with a big PR and marketing build-up).

The bottom line here is that journalists are far too credulous about the narratives they are given and far too ready to accept astroturf passing for grassroots. This is fairly harmless when covering beloved old cartoons, not so harmless when reporting on politics.