When you see one of those pretty, quaint yet ingenious and functional turn-of-the-century aircraft, chances are it came from this guy.


Alberto Santos-Dumont; 20 July 1873 – 23 July 1932, usually referred to as simply Santos-Dumont) was a Brazilian inventor and aviation pioneer, one of the very few people to have contributed significantly to the development of both lighter-than-air and heavier-than-air aircraft.

In 1904, after Santos-Dumont complained to his friend Louis Cartier about the difficulty of checking his pocket watch during flight, Cartier created his first men's wristwatch, thus allowing Santos-Dumont to check his flight performance while keeping both hands on the controls. Cartier still markets a line of Santos-Dumont watches and sunglasses. 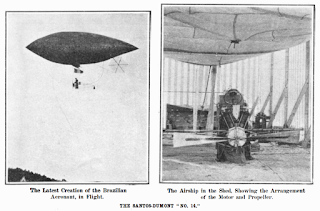 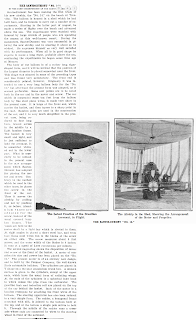 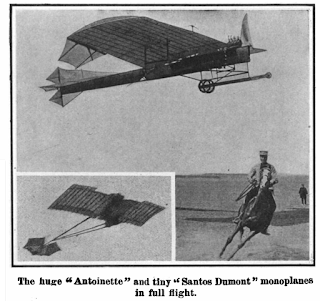 When I started on this post, I immediately thought of a song a friend of mine named Jerron had introduced me to, so I did a quick Google search for the title and guess what popped up...