Hey, buddy, can you spare a dime for a cup of coffee? -- no, really

[Previously posted at A Statistician Walks into a Grocery Store...]

We've previously talked about bloggers trying to live on a food stamp budget for a week (yeah, that's a thing). One of the many odd recurring elements of these post is a litany of complaints about life without caffeine because...


I had already understood that coffee, pistachios and granola, staples in my normal diet, would easily blow the weekly budget.

Which is really weird because coffee isn't all that expensive.. 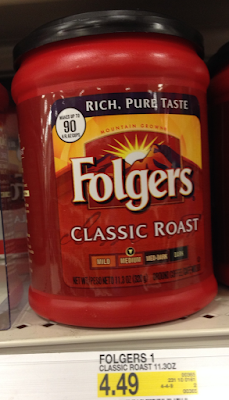 That comes out to a nickel a cup. This might be underestimating the amount of coffee you'll need. Six ounces is a fairly small cup and I find the recommended dosages a bit weak. Let's make it eight to ten ounces and double the amount of coffee we use. That takes us to a dime.

Just to check our assumptions, this is very much a mid-range estimate. There are, of course, more expensive options but there are also cheaper choices. You get substantial savings by going to a large economy size or by going with a store brand or both. 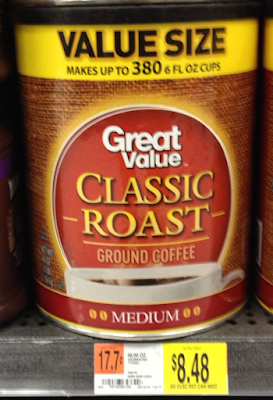 On the other end, if you go to $0.15  or $0.20 a cup and you know how to shop, you can move up into some surprisingly high-quality whole bean coffee (which should not taste like they came from Starbucks, but that's a topic for another post). Eventually, of course, you will reach the point where this gets too expensive to justify on a limited budget -- this stuff can get appallingly expensive -- but you can do better than the typical cup of diner coffee for a dime and better than what you'd get from most coffee houses for a quarter.

To be clear, I'm not recommending that everyone rush out to Wal-Mart for a big ol' barrel of Great Value Classic Roast. If your weekly food budget is more than fifty dollars a week, bargain coffee should be near the bottom of your concerns.