Journalists can't shop (I was way too hard on Ron Shaich)

[Also posted at A Statistician Walks into a Grocery Store...]

We been down this road before, but this time it's going to be a bit bumpier.

A couple of years ago I criticized Panera Bread CEO Ron Shaich for the way he handled what we now call the "food stamp challenge." The intention with these efforts is always good – – bringing attention to the issue of food insecurity – – but almost invariably the people taking the challenge are so far removed from below-the-poverty-line conditions and so lacking in the necessary life skills that they make a complete hash of the attempt and end up misrepresenting the problem.

Shaich made errors largely of omission. Among other things, he skimped on high-protein foods that would've helped him stave off hunger. I am starting to feel a little bad about being so harsh in that case because I now see how much worse it could have been.

This Business Insider entry by Kathleen Elkins manages to demonstrate virtually every mistake you could make when trying to feed yourself on a tight budget, starting with where not to shop.


On Monday night I headed to the most affordable grocery store I could think of: Trader Joe's.

As mentioned before, Trader Joe's is not a bargain grocery. The target demographic might be best described as budget-conscious foodie. If you're looking for imported, organic and (most importantly) prepared food, you will find some very reasonable options. For the severely price-constrained, though, Trader Joe's shouldn't be your first or even second choice. Dried rice is only available in pricey varieties. Dried beans aren't available at all. Even the supposed "steals" of the night are available elsewhere at comparable or better prices.

But, even within the confines of this third-best choice, Many of Elkins' decisions were disastrous.

You'll also notice there is no coffee, a staple in my normal diet but one that would blow the budget.

There are a few reasonable choices here  -- the beans, the pasta, the bananas, the sweet potatoes -- but after that it gets ugly quickly. By my calculations and based on a couple of trips to Trader Joe's for research (with the caveat that some foods are cheaper in LA), more than half of Elkins' money went to purchases that were either bad or which could be replaced by much cheaper alternatives. 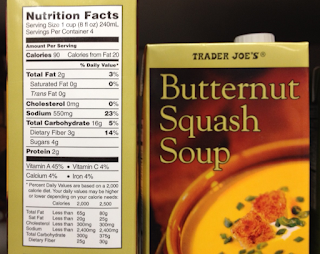 
She passed over frozen produce which was a fraction of the price of fresh. 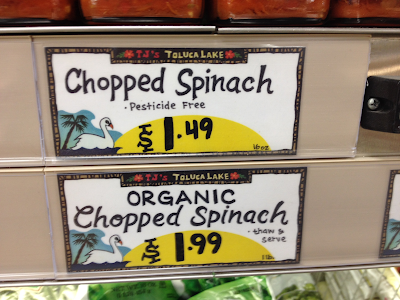 She paid extra to make questionable nutritional choices. Keeping in mind that protein is our first priority and that a half gallon of milk costs $1.99 rather than $2.99, take a look at this:

Elkins would probably have been better off going for coffee instead of almond milk (she complained bitterly about caffeine withdrawal) and she would have had a dollar left over. 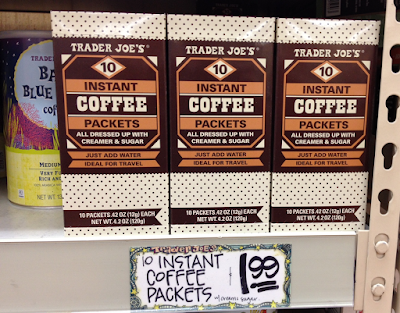 (Not the best deal on coffee, but certainly doable on the budget.) 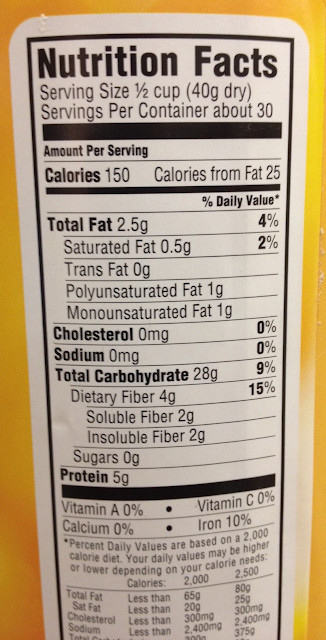 Oatmeal is remarkably nutritious and a big bowl does an excellent job staving off hunger. At less than ten cents a serving, this is one of the places we want to indulge.

Even at Trader Joe's, Elkins could have done much better. 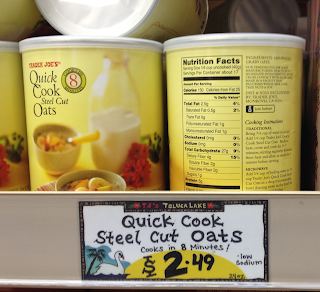 Like the oatmeal, the eggs Elkins bought are a good food at a very bad price. Non-organic are $1.99 at my Trader Joe's. That's a pretty good price per gram of protein but it's far from the best the store has to offer. 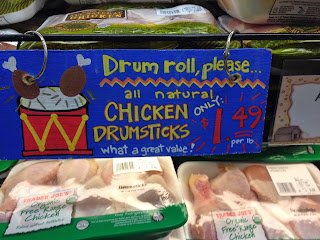 We're shooting for 50g a day. $4.00 worth of chicken goes a long way toward hitting that target. With a few other smarter choices (including more beans, more pasta, and, of course, no almond milk), she probably could have avoided the hunger pangs altogether.

Elkins' heart is in the right place and I appreciate her willingness to suffer for a story, but this is still bad and dangerous journalism. It misses the reality of poverty, it understates the effectiveness of an excellent program, and it can be more than a little insulting to those facing these challenges for real. Mary Elizabeth Williams put it best when writing about Gwyneth Paltrow’s SNAP Challenge for Salon:


And I’ve had an awful lot of conversations with people who think they’re being insightful when they declare that it turns out it’s really hard to get a job or to stretch a dollar. That it just can’t be done. Actually, guys, it’s hard for you to be poor. Lots of us are great at it. Lots of us do it every goddamn day.