The idea of ancient astronauts is a bit more ancient than I realized. 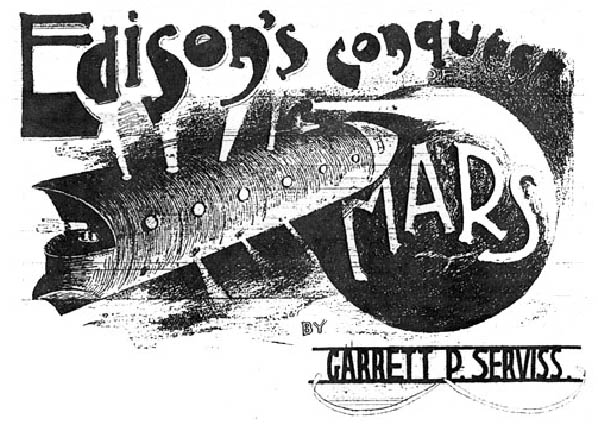 Another interesting nugget I came across while researching the technology project. We've already discussed how the fundamentals of what we would now call new ageism – – mysticism, extraterrestrial civilizations, psychic phenomena – – were largely a product of the late 19th and early 20th centuries. I had always assumed that the belief in ancient astronauts was a fairly recent addition, something that people came up with in the 1960s. Apparently, though, the notion that aliens visited her thousands of years ago and left their mark through mythology and monuments actually dates back to at least the 1890s.

Edison's Conquest of Mars is an 1898 science fiction novel by American astronomer and writer Garrett P. Serviss. It was written as a sequel to Fighters from Mars, an unauthorized and heavily altered version of H. G. Wells's The War of the Worlds. It has a place in the history of science fiction for its early employment of themes and motifs that later became staples of the genre 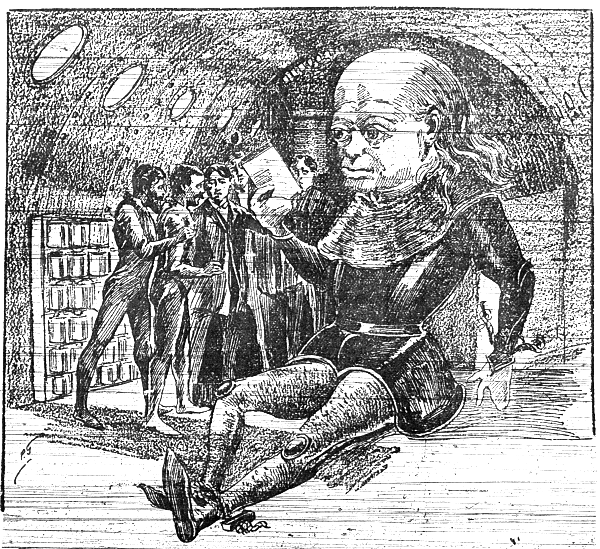 The humans reach Mars, but in spite of their superior forces they have lost half their men to the Martians' overwhelming numbers. The Martians envelop the planet in a smoke screen, and the humans retreat to the moon Deimos. During a raid on Mars for supplies, the earth men find Aina, the last of a population of human slaves whose ancestors were captured from Kashmir in a Martian raid 9,000 years before. During this raid, the Martians also constructed the Great Pyramids and the Great Sphynx in Egypt, the latter of which is a statue of their leader. Aina advises Edison that meeting the Martians in battle would be fruitless, and that they should instead attack the dams that channel water from the polar ice. Since most of Mars' cities are under sea level, the flood spreads rapidly, killing most of the Martians and destroying their civilization. Edison and company force a peace with the surviving Martians, and return home to great celebration. 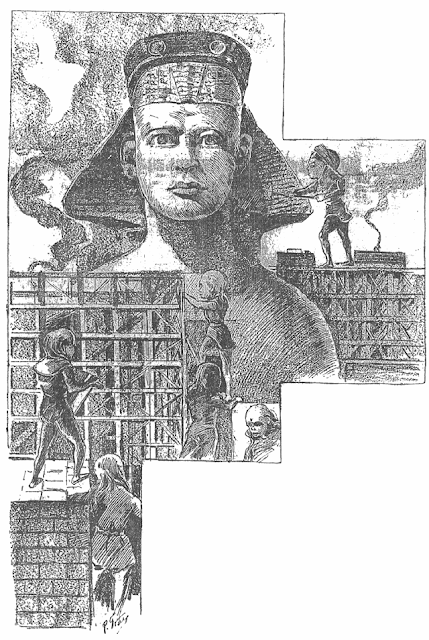