To get a handle on turn-of-the-century mentality, you have to focus not just on the newness of individual technologies, but of the very idea of being able to do these now ordinary things. At the beginning of the 19th century, the only way to capture an image was to have a highly skilled artist draw or paint it. The process was inexact, expensive and so slow that anything that could not remain still for an extended period of time had to be represented from memory.

For people around 1900, viable photography was still a relatively recent development, very much in living memory. It would not have been difficult to find someone who remember the first time he or she saw a photograph. Furthermore, this fantastic advance kicked off a dizzying flood of ever more impressive innovations. Cameras and film became cheaper, simpler, and more compact. Pictures started to move. Photographs could be transmitted over telegraph. You could see images of the skeleton of a living human being and capture an instant in time.

One of the points we keep coming back to in this thread is that our concept of the future was the product of a generation of explosive and (even more importantly) ubiquitous technological growth which was the culmination of a century of exponentially advancing innovation. Our framework for thinking about the world that's coming was largely formed in a period of technological change unmatched before or since. 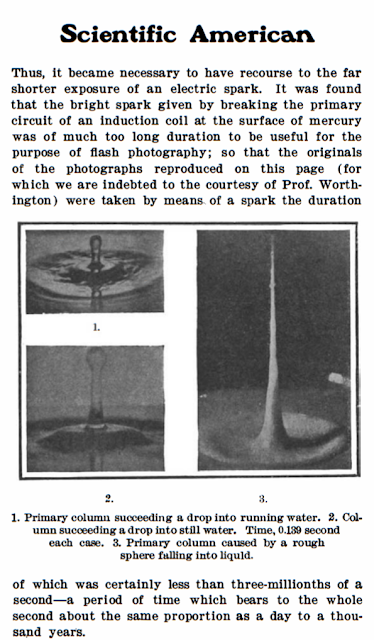