When it comes to conventional wisdom, always check the numbers

The onus is on Demings to prove she -- or any Democrat -- can win statewide in a state that has overwhelmingly backed Republicans for years. But Democrats got a morale boost recently: The National Republican Senatorial Committee came in with an ad campaign for Rubio while Demings was widely outspending the Republican.

There is no question that the GOP has had a hell of a run in Florida recently, currently controlling all of the statewide office, but there's an widespread misconception (at least based on a very small and non-random sample). When the subject of DeSantis's 2018 election comes up, even people who  follow politics closely tend to be surprised at the actual results. 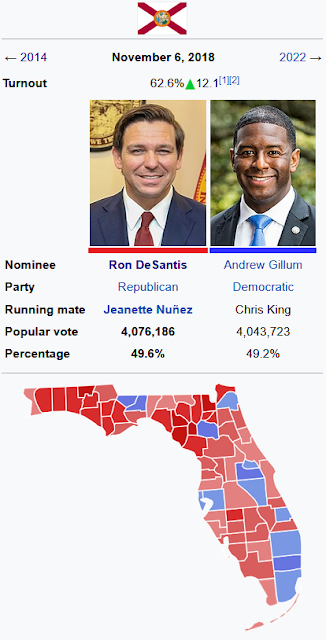 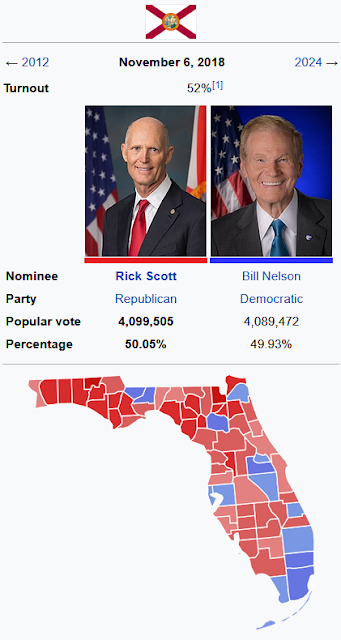 Not all of these races have been close -- Rubio had a solid win in 2016 -- but if you have to generalize. recent Florida politics seems to mainly be stories of Republicans pulling out narrow wins in big state elections, not of voters "overwhelmingly" supporting the GOP

None of this necessarily tells us anything about the upcoming mid-terms -- we are so far out of the range of data that you'd have to be an idiot to make predictions -- but the narrative lots of people have been telling themselves doesn't fit the data.