We've been talking a lot about the late 19th/early 20th centuries and what sets them apart from other periods. We've focused on the magnitude of the changes wrought by technology, but that may be less impressive than the ubiquitousness. When you start digging into the era, it is remarkably difficult to find an area that was not experiencing explosive change.

Even the "mature" technologies were evolving so quickly as to often be unrecognizable. Take printing.  We've already talked about how, by the end of the 19th century, machines requiring a fraction of the space and manpower could do many times the work compared to 50 years earlier. What we left out was the spectacular quality of the work. Photographic reproduction, fine details, beautiful color printing.

The comic strip came out of this technology (helped along by the intense competition of press lords like Hearst and Pulitzer). Initially, the strips were printed one per page and the results could be glorious, most of all when the artist was Winsor McCay (also arguably the father of the animated cartoon, but that's a topic for another post). 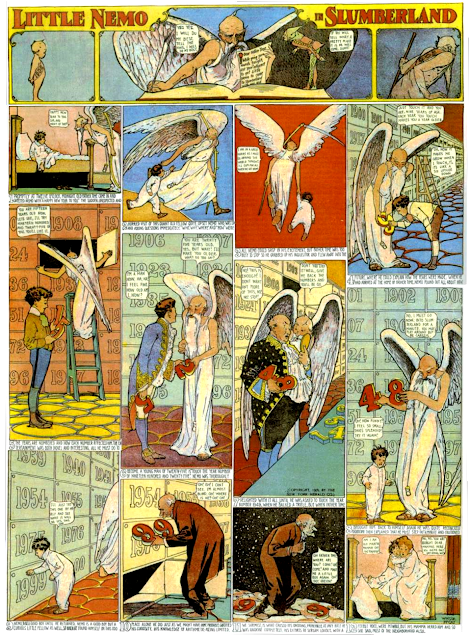 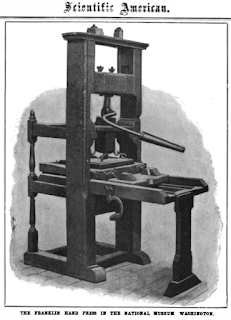 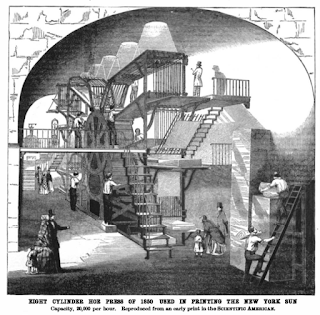 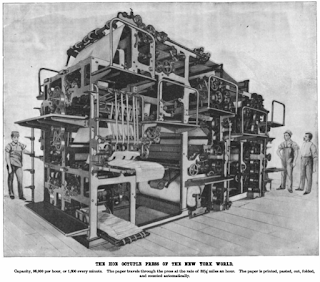