Back when fifty years was a long time ago 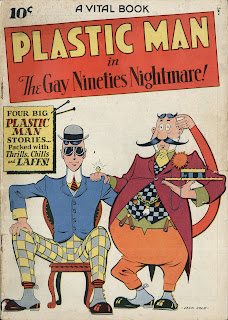 I've noticed over the past year or two that people ranging  from Neal Stephenson  to Paul Krugman have been increasingly open about the possibility that technological progress been under-performing lately (Tyler Cowen has also been making similar points for a while). David Graeber does perhaps the bst job summing up the position (though I could do without the title).

The case that recent progress has been anemic is often backed with comparisons to the advances of the late Nineteenth and early Twentieth Centuries (for example).  There are all sorts of technological and economic metrics that show the extent of these advances but you can also get some interesting insights looking at the way pop culture portrayed these changes.

Though much has been written pop culture attitudes toward technological change, almost all focus on forward-looking attitudes (what people thought the future would be like). This is problematic since science fiction authors routinely mix the serious with the fanciful, satiric and even the deliberately absurd. You may well get a better read by looking at how people in the middle of the Twentieth Century looked at their own recent progress.

In the middle of the century, particularly in the Forties, there was a great fascination with the Gay Nineties. It was a period in living memory and yet in many ways it seemed incredibly distant, socially, politically, economically, artistically and most of all, technologically. In 1945, much, if not most day-to-day life depended on devices and media that were either relatively new in 1890 or were yet to be invented.  Even relatively old tech like newspapers were radically different, employing advances in printing and photography and filled with Twentieth Century innovations like comic strips.

The Nineties genre was built around the audiences' self-awareness of how rapidly their world had changed and was changing. The world of these films was pleasantly alien, separated from the viewers by cataclysmic changes.

The comparison to Mad Men is useful. We have seen an uptick in interest in the world of fifty years ago but it's much smaller than the mid-Twentieth Century fascination with the Nineties and, more importantly, shows like Mad Men, Pan Am and the Playboy Club focused almost entirely on social mores. None of them had the sense of travelling to an alien place that you often get from Gay Nineties stories.

There was even a subgenre built around that idea, travelling literally or figuratively to the world of the Nineties. Literal travel could be via magic or even less convincing devices.


(technically 1961 is a little late for this discussion, but you get the idea)

Figurative travel involved going to towns that had for some reason abandoned the Twentieth Century. Here's a representative 1946 example from Golden Age artist Klaus Nordling: 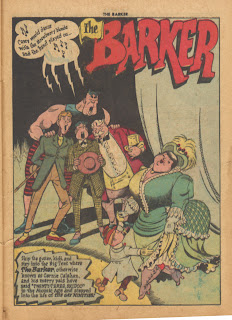 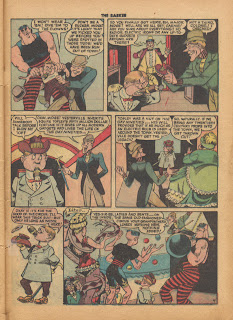 There are numerous other comics examples from the Forties, including this from one of the true geniuses of the medium, Jack Cole. 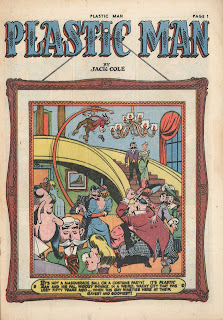 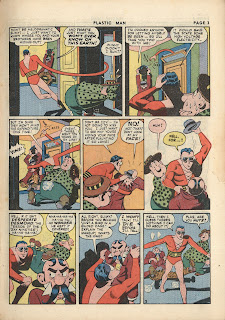 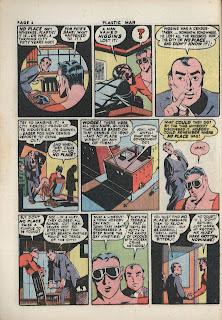 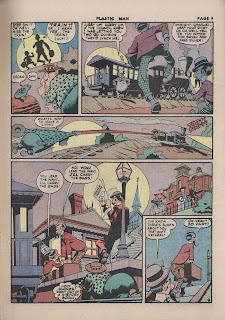