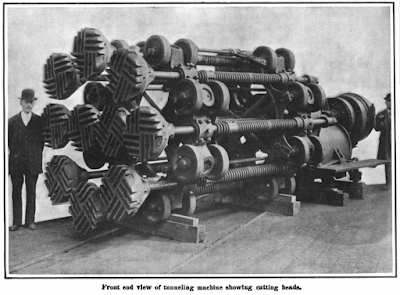 
At this point, I'd imagine most of our regular readers are getting fairly burned out on the Hyperloop. I more than sympathize. In terms of technology, infrastructure, transportation, and public policy, we've pretty much exhausted the topic.

The one area, however, where the Hyperloop remain somewhat relevant, is as an example of certain dangerous journalistic trends, such as the tendency to ignore red flags, warnings that there's something wrong with the story as being presented be it lies or faulty data were simply a fundamental misunderstanding.


Maryland has given transportation pioneer Elon Musk permission to dig tunnels for the high-speed, underground transit system known as a hyperloop that Musk wants to build between New York and Washington.

Hogan administration officials said Thursday the state has issued a conditional utility permit to let Musk’s tunneling firm, The Boring Co., dig a 10.3-mile tunnel beneath the state-owned portion of the Baltimore-Washington Parkway, between the Baltimore city line and Maryland 175 in Hanover.
...

The Boring Co. aims to reduce traffic congestion by creating a low-cost, efficient system of tunnels. The company has developed tunneling machines it says will drill quickly through soft soils at a fraction of the cost of traditional tunneling.

Before we get to our main point, there are a few important but secondary issues we need to get out of the way.

When virtually every independent authority who weighed in lambasted Elon Musk for unrealistic cost estimates, those experts were talking about a much cheaper version of the Hyperloop. It is far more expensive to elevate a train than it is to build it on the ground, and it is far more expensive to build a train underground than it is to elevate it. Though there are other expenses associated with underground construction, an 80% or 90% reduction in tunneling costs might put the underground Hyperloop on a comparable budget with the elevated version, but that just gets you back to prohibitively expensive.

These points are important for context but this is not another what's-wrong-with-the-Hyperloop post. We've been over that a number of times and I don't have much to add. Besides, that was never really the important part of the story. The important part was the dysfunctional way we discuss this and other dubious technological and business proposals.

One of the major causes of this dysfunction is the willingness to downplay or even completely ignore massive warning signs. Take the claim (if in fact it was a claim, but more on that later) that Elon Musk has reduced tunneling costs by a factor of 5 to 10.

A bit more context. The dream of a cheap, fast tunneling machine has been something that the world's best engineering minds have actively pursued since the 19th century. The revolutionary potential of such a machine was obvious to everyone from the beginning. It could completely rewrite the rules of construction and infrastructure, and, in the process, make its developers fantastically wealthy.

Based on previous statements, I suspect that Elon Musk and his spokespersons didn't actually claim (as the article suggests) that they had a tunneling machine capable of this; they probably said something vague about being in the process of getting such a machine and left it to the journalists to fill in the details. Either way, we have two reasons to believe that the Boring company does not currently have this technology.

First, this is a mechanical engineering and materials science problem that has been intensely examined by the smartest people in the field for well over 100 years. It is not an easy nut to crack, and by his own account, Elon Musk and his team only came up on the problem recently and did so with no ideas on how to proceed. It beggars the imagination to think that a small and inexperienced group of researchers took a look at this extraordinarily difficult problem and immediately made a breakthrough.

It is even more difficult to imagine that Musk would let a piece of revolutionary technology easily worth tens of billions of dollars sit essentially unused in some Hawthorne storage building. It's as if he had announced that he had developed cold fusion, but wasn't going to do anything with it until the next Tesla model came out.

Put bluntly, the only reasonable conclusions are that the article misstated a claim, or the claim was faults. It is the job of journalists to spot these red flags and follow up. The failure to do so is proving increasingly costly, not just in technology reporting, but in business, public policy, and politics


UPDATE:  I wish I would have seen this analysis by Alon Levy before I wrote this post. Levy goes through Musk's proposal and finds it even more flawed than I realized.

a) has little understanding of the drivers of tunneling costs,
b) promises reducing tunneling costs by a factor of 10, a feat that he himself has no chance to achieve, and
c) is unaware that the cost reduction he promises, relative to American construction costs, has already been achieved in a number of countries.