Before we get to Vance, here's a bit of relevant personal history. My grandparents on my father's side had a family farm in the Rio Grande Valley. On my mother's side, my grandparents started out as sharecroppers until World War II gave my Grandfather the opportunity to find work as a carpenter.

I was born in Texas, but when I was five, my family moved to a small town in the Ozarks and I stayed in the region until I was in my thirties. I taught high school and college there before making the jump to the corporate world and the East Coast before ending up in California.

I mention this to give you some idea why the transparent fraud of J.D. Vance pissed me off so much, and why I'm so angry with the national press and particularly (as always) the NYT for their role in the sham.

2022 has been a rough year for conventional wisdom which means a rough year for the NYT and journalists like Weisman. Not only was his framing inappropriate; it was wildly off base. Vance has taken what was supposed to be a safe seat and made it into a tight (an for the GOP, expensive) race.

But it's not just Vance's competence as a candidate that the press got wrong; it was his sham persona, and no publication bought into the lie more than the New York Times.

Take a look at Jennifer Senior's 2016 review of Hillbilly Elegy.

But his profile is misleading. His people — hillbillies, rednecks, white trash, choose your epithet (or term of affection, depending on your point of view)  [These terms are in no way interchangeable -- MP] — didn’t step off the Mayflower and become part of America’s ascendant class. “Poverty is the family tradition,” he writes. His ancestors and kin were sharecroppers, coal miners, machinists, millworkers — all low-paying, body-wearying occupations that over the years have vanished or offered diminished security.

We start hitting likely embellishments right off the bat. The part of Kentucky Vance's grandparents came from does not and probably did not produce the kinds of cash crops associated with sharecropping. It's possible that Vance's family moved there from more productive land, or it might be he was just adding a flourish to his tale of humble origins. 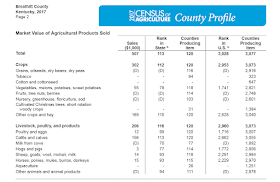 Mr. Vance was raised in Middletown, Ohio, a now-decaying steel town filled with Kentucky transplants, which at one point included his Mamaw and Papaw — in newscaster English, that’s grandma and grandpa — who moved there shortly after World War II. Though the couple eventually managed to achieve the material comforts of a middle-class life (house, car), they brought their Appalachian values and habits with them. Some were wonderfully positive, like loyalty and love of country. But others, like a tendency toward violence and verbal abuse, were inimical to family life.

Just to emphasize this point, J.D. Vance was born in the suburbs and never liver in rural America (no, summer vacations don't count). His mother was born in those same suburbs. Middletown is a lower middle-class suburb located between Cincinnati and Dayton. While hardly prosperous, it is better off than some of the surrounding area, For instance, the percent of the population below the poverty line in 2020 (back when Vance was living there) was around 9%, roughly half that of nearby Dayton.

As for violence being inimical to family life, Vance is on the record as saying women should stay with abusive husbands for the sake of the children, so maybe that's more his thing.

Papaw was forever coming home drunk. Mamaw, “a violent nondrunk,” was forever tormenting him, whether by serving him artfully arranged plates of garbage for dinner or dousing him with gasoline. All this guerrilla warfare affected their children. Mr. Vance’s mother was an empress of instability — violent, feckless, prone to hysteria. A long stint in rehab couldn’t shake her addiction to prescription narcotics (she’d later move on to heroin). She spun through more boyfriends than this reader could count and at least five husbands.

The only reason Mr. Vance made it out in one piece is because his grandparents eventually reconciled, becoming his unofficial guardians. (He also spent a terrifically affirming four years in the Marines.) Mamaw was especially encouraging. She was tough as snakeskin, foul-mouthed as a mobster and filled with love. In a town where many children don’t finish high school, she raised a grandson who managed to graduate from Ohio State University and Yale Law School, defying skyscraping odds.

Have to stop for just a minute and  say something about those "skyscraping odds." Besides being purple prose, it was also badly inaccurate.

I've taught high school in the Delta and in Watts and I can point you to lots of kids who genuinely defied the odds to get where they are. Putting Vance in that group is offensive.

It's also worth noting that Vance got his opportunities primarily through the GI Bill and the land-grant college system, two landmark progressive programs that Vance's mentor, employer, and political backer Peter Thiel would beat to death with a tire iron given the chance.

“Hillbilly Elegy,” in my mind, divides into two components: the family stories Mr. Vance tells — most of which are no doubt better experienced on the page than they were in real life — and the questions he raises. Chief among them: How much should he hold his hillbilly kin responsible for their own misfortunes?

Time and again, Mr. Vance preaches a message of tough love and personal responsibility. He has no patience with an old acquaintance who told him he quit his job because he hated waking up early, only to take to Facebook to blame the “Obama economy.” Or with a former co-worker at a tile warehouse who missed work once a week though his girlfriend was pregnant.

Just to recap. Vance is a Thiel disciple with a history of romanticizing and possibly embellishing his stories. Perhaps we should take that into account when reading his unlikely sounding anecdotes.

Squint, and you’ll note the incendiary nature of Mr. Vance’s argument. It’s always treacherous business to blame a group for its own misfortunes. Certainly, an outsider cannot say what Mr. Vance is saying to his kin and kind. But he can — just as President Obama can say to fellow African-Americans, “brothers should pull up their pants,” as he did on MTV.

Except that Obama is an African-American while Vance is a venture capitalist from the suburbs doing hillbilly cosplay.

None of it mattered, not the sham persona, not the embellished bio, not the association with and dependency on a far-right billionaire so extreme he publicly called women's suffrage a bad idea. Journalists across the country immediately fell in love.

David Brooks got where he is by telling often fabricated anecdotes with a veneer of pop sociology that confirmed his target audience's preconceptions about the class system. Vance took the act to the next level, adding "first-hand" observations and substituting tough love for Brook's "more to be pitied than censured" shtick when discussing the lower classes. Vance also seemed to offer special insight into the rise of Trump, something that had caught the pundit class completely off guard.

The mainstream press swallowed the obvious fraud because they wanted to believe it.

I feel bad about associating Hee Haw with Vance, so I picked out a few clips to balance things out.